SAFE & EASY
TO USE

FLEXIBLE FOR HARD TO REACH APPLICATIONS 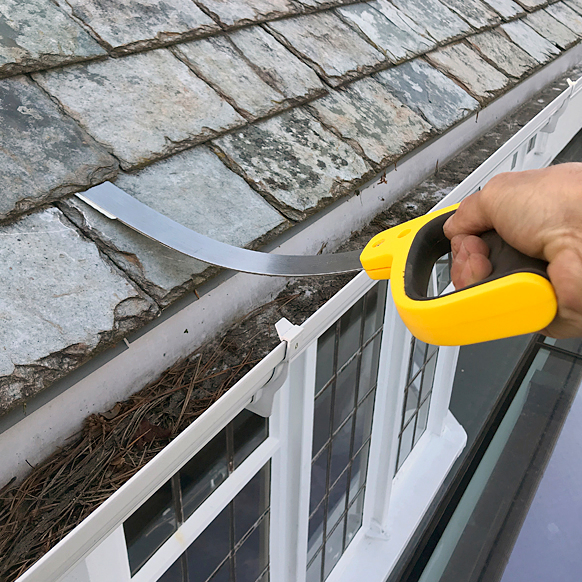 ROOF-TOOF is a specialist saw that makes light work of removing and replacing cracked roof slates.

Enabling clean-cut nail removal from slates, it offers an innovative solution for tackling tricky or specialist jobs. Cutting rather than ripping nails, the ROOF-TOOF removes any slate in a quick, easy and safe way, making it a toolbox essential for roofers, builders, heating engineers or anyone who has reason to remove or replace a slate.

Manufactured in the UK, ROOF-TOOF is a unique 550mm long-reach, narrow and flexible saw featuring a bimetallic blade and an ergonomic soft grip handle for maximum comfort even after prolonged use.

Who could benefit from a ROOF-TOOF?

A quality British product with patent pending, ROOF-TOOF has been designed to stand the test of time. 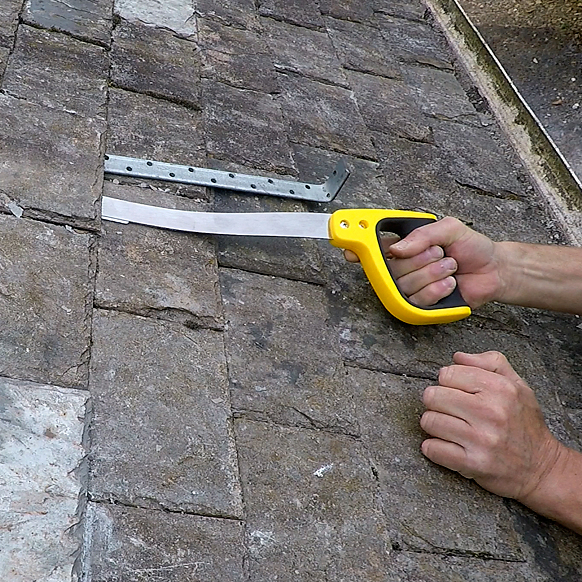 A revolutionary new tool for cutting slate fixings with ease, ROOF-TOOF is a saw specifically designed for clean-cut slate removal.

A great companion to the slate ripper, ROOF-TOOF offers an innovative approach when dealing with slate coverings which are fragile, hard to reach or in a confined space like up against gutters or around chimneys, valleys or gullies.

With a flexible 24tpi bimetallic blade, nails can be neatly cut flush above the batten reducing disturbance and risk of damage to surrounding slates. This makes it suitable not only for general use, but ideal when working on old roofs or listed buildings where extra caution is vital.

Unlike a slate ripping tool, ROOF-TOOF cuts, rather than rips the nail from the batten. Sawing rather than ripping eliminates possible damage to the battens and surrounding area that can be caused by hammering vibrations. This technique also removes the risk of bent nails, which could lead to cracked tiles and further problems when fitting the new slate.

ROOF-TOOF allows users to disturb but not damage a roof. For jobs where it’s crucial to preserve the original slate, for example when replacements are hard to source, cutting the existing slate free eliminates the risk of breaking a valuable slate.

Roofing is one of the most dangerous jobs in construction, where there is a risk of falling from height. ROOF-TOOF is designed to be used with only one hand with minimal effort, this is in comparison to tools such as the slate ripper which would usually require two hands and considerable force, making it safer and easier to use.

A ‘tool box essential’ to accompany the trusted slate ripper, ROOF-TOOF offers an effective alternative for awkward and delicate jobs.